Over the weekend the Unity forums went nuts with rampant speculation about how section 3.3.1 of Apple’s new developer agreement might affect them. There are some angry, angry people on that thread.

Me, I’m more of a candle-lighter than a darkness-curser, so it seemed to me that the best way to make a case against the new rule would be to examine some top-selling games and see how many of them used Unity or something else that 3.3.1 would preclude.

So I went to the App Store and bought all of the games in the top 10 list. Then I ran this command:

That command searches all of the apps you’ve got and checks for Unity, Lua scripts (uncompiled, compiled takes a bit more digging), Mono, or Python. (Try it right now on your system!)

Three of the games I just bought used either Unity or Lua:

Three of today’s top-selling games wouldn’t be possible under the new rules.

This will be no surprise to Unity developers, who are pretty familiar with success stories like Zombieville USA, Star Wars Trench Run, RavenSword, and Skee-Ball. These games aren’t crap. None of these are the kind of cross-platform shovelware 3.3.1 seems designed to prevent. Aside from the Star Wars title, all of these are original, indie games that exist solely on the iPhone OS platform.

I’m an Objective-C guy, but I think tools like Unity are important, and I’ve been working on a longer rant to explain why. For now, I’ll just let the numbers do the talking.

I made a Google spreadsheet with these results, and opened it up to other Unity developers to add more apps as they found them. Here’s the spreadsheet — feel free to contribute. There’s now over a hundred apps on the list now.

Thanks to the fucktards who hacked WordPress (and yours truly, the fucktard who didn’t keep his copy updated) I’ve moved to a new installation of WordPress.

All of the previous blog content–one-thirds half-formed technology rants, two-thirds baby pictures–is in a different database that I’ll likely never bother to retrieve. Yes, it’s a metaphorical reminder of the impermanence of all things, etc., as if I don’t have daily reminders of that.

Since there’s apparently a steady trickle of users who are into my Wiimote for Torque stuff, I’ve left a static version of the previously-rendered page here.

I liked his long hair — if we averaged the hair length of all persons named Robert Terrell in this house, I could pretend I still had a good head of hair — but a boy will get called a girl only so many times before his mother decides to Do Something. 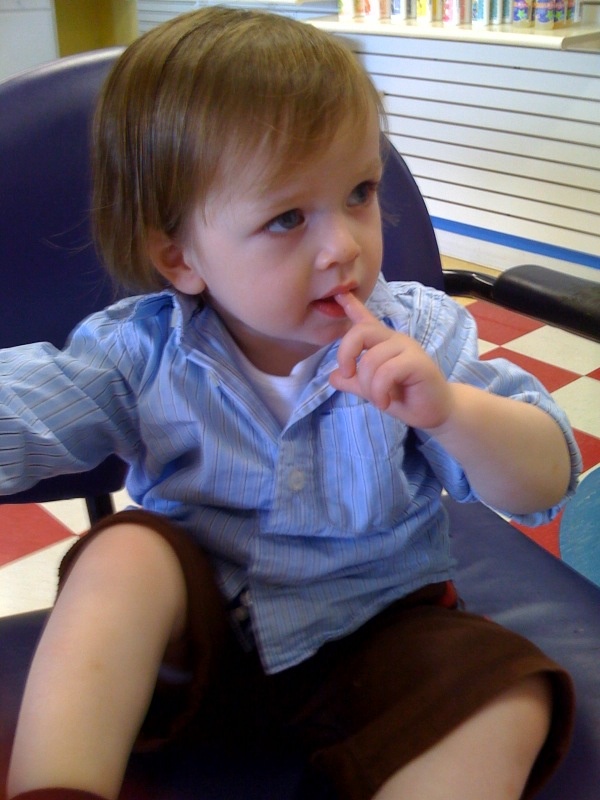 Hey, the iPhone takes some decent pictures after all! 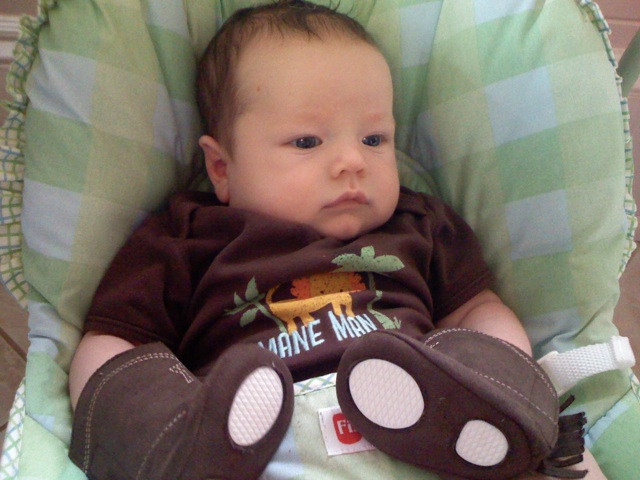 Jason and Sally were kind enough to give him boots, but by the time they arrived, his feet were too big for them. But they fit on his hands nicely. 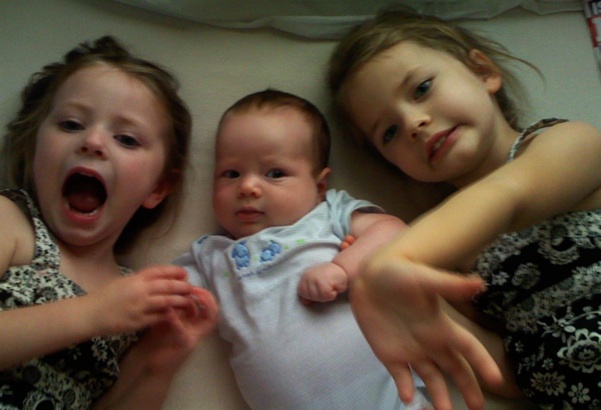 I’m not sure which one will be the troublemaker. Probably all three. 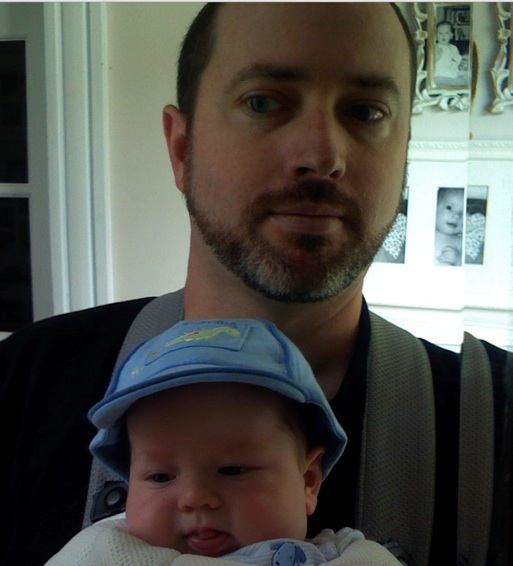 He loves the bjorn. Honest.